It’s official: Golfers are blown away by the xE1 Wedge. Their reviews of the xE1 Golf Wedge speak volumes. Here’s a sampling of their praise:

I've always had difficulty hitting my wedges, for the 35 or 40 years I’ve been playing golf. The xE1 makes the game a lot easier. I’m sure it will for people like myself that are weekend golfers… or any golfer, for that matter. My mother is 85, she plays golf, and she would love this thing.

The xE1 to me seems like an incredible advancement (in technology), because I’ve had different wedges and continue to buy different wedges all the time to try to solve my problems. (The xE1) just makes the whole effort that much less stressful.

I was absolutely amazed by the simplicity of hitting the xE1 Wedge. To me, it was truly effortless. Quite frankly, the xE1 looked a little ugly to me (at first). It’s very unusual, with a lot of weight on the bottom, in the sole. But actually, when I used it and I looked down at it, it’s got a much bigger face and it gives you a lot of confidence. The club does actually do the work for you (in the sand). With mine it’s like you have to muscle it out, but with the xE1 you just play the shot out (normally). 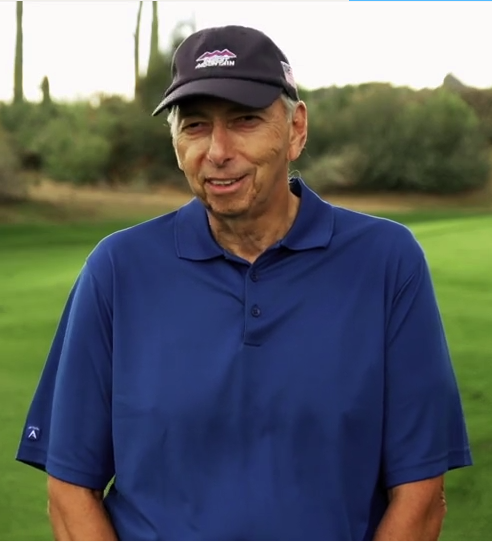 When I first looked at the xE1 I was a little bit skeptical, but results tend to change my opinion about that. I don’t think I’ve ever had an easier shot with a wedge than with this xE1, whether it was from behind the green, over the trap or from the trap onto the green.

Not having to open up the clubface with the xE1 makes it so much easier. After using the xE1 for the first time, I’m ready to put this club in my bag. It’s that easy to hit. 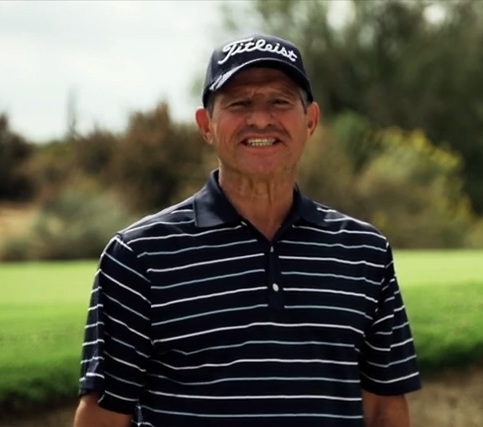 It is very forgiving. I hit behind the ball six or eight inches and it still got up and over the bunker and got close to the pin, so I was real happy with that. You can hit behind it and it still flops it onto the green. The old wedges, that’s old technology. The xE1 is truly something new and I think everyone’s gonna be happy using those. I always struggled with the flop shot – I never really had one. I’d hit ’em short, or hit ’em in the bunker. (It was) a frustrating part of the game. (With the xE1) the results were just incredible. I couldn’t believe how easy it was. It just pops it right up and it works just effortlessly.

I can see I’ll gain some strokes quickly with this, there’s no doubt about it. I could easily pick up three or four or five strokes a game. Easy. The xE1 Wedge is different, and I noticed in the shots that I hit that I had less error in terms of the trajectory of the ball and the distance of the ball... My fear factor being in the sand, now that I’ve tried the xE1 Wedge, is diminished. I don’t get in the sand hoping that I can get out. I get in the sand thinking, 'Where do I get out – on what part of the green?' 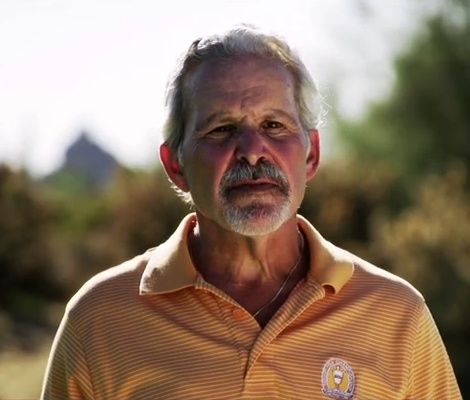 When I got it and looked at it, I didn’t know what to think. When I hit it, it was excellent. Every shot just came out so nice and soft and got up in the air. Effortless. Even when you miss it, the clubhead still goes through it.

I went in the bunker and hit four or five shots. They all came up and out. Even a bad shot would roll up there, and if I hit it a little too hard, it went a little long and still checked up. I was totally shocked... No effort at all. Just like hitting a regular shot off a fairway.

I have hit a lot of wedges, and that (xE1) wedge really came out the best I’ve ever hit. I don’t believe I’ve ever hit a wedge – any wedge – that’s as easy to use around the green. I purchased your new 65-degree wedge and tried it out for the first time today. Boy, did I have some fun with this club! I used it several times near the green where I had to pop the ball up, land it softly, and not have it run too far. I'm a 22 handicap and not used to impressing anyone with my game. But I had three or four shots that the guys couldn't believe. Really. It made it look like I knew what I was doing.

Of course, we know better. I just happened to have this secret weapon in my bag. Thanks much!

Hello, I am an amateur golfer, 58 years old, living in Las Vegas, NV. About three years ago, my wife Cheryl informed she that she wanted to learn how to play golf. We were now “empty nesters” and she thought it would be a fun way to spend time together. I was amused at her suggestion, but did not think that she would follow-through. I was wrong. After a series of group lessons, individual lessons, and a lot of time on the range, Cheryl is now an avid golfer and our entire social life includes golf. We golf together each week and plan all of our vacation time around golf.

Cheryl has worked hard toward a very resectable game. She has learned all of the shots … except the elusive sand shot. Despite many attempts, private lessons, and countless hours of trial-and-error, she just could not grasp the concept of exploding the golf ball out of the sand. Her scores were showing this as well. There were many rounds where Cheryl’s scores did not reflect the real skill of her game. She was wasting countless strokes in trying to get out of the sand.

I recently saw your television commercial about the xE1 and immediately ordered it, hoping that I could convince Cheryl to give it a try. The 65 degree wedge arrived just in time for a weekend golf trip that we had planned to Utah.

After only practicing with the xE1 for about fifteen minutes in a practice sand trap, we began our weekend that included two rounds of golf. We were completely amazed that in the next two days, Cheryl found herself in the sand seven different occasions, AND amazingly, she was able to hit out of the sand EVERY time on the first swing.

You have no idea of the joy and excitement that this caused. Our playing partners were also amazed, and in fact encouraged us to drop you a line about this testimonial.

Needless to say, Cheryl broke 100 for the first and second time on both of her rounds using the xE1. It was the inability to get out of the sand that was holding her up!

Your product is amazing and did exactly what the television commercial said that it would do. This is the first time we have ever communicated a response to a product that we ordered from a television ad.

I purchased the XE1 wedge and have found it has helped to improve my chipping even with other clubs. The club really allows me to feel more loose when I use it and that has translated over to how I now swing all my wedges. A great buy in my opinion.

I’m a beginner golfer (have played only 7 months), and my short game has been the weakest part of my game. I play with clubs that I bought as a set for $600, and have never bought a different club. Until now.

I just received this club in the mail, and tried it for the first time today. OMG!!! I was hitting chip shots like a pro, landing softly on the green, really close to the hole. Over and over. It may not be “true” to the old fashioned game of golf, but it made my game today so much more fun! Had the best score of my short golf career. Totally recommend it!!!

Received the xE1 wedge Wednesday and used it Thursday. I have never used a 65 degree wedge before, I had a 60 degree in my bag and used it sparingly, but after a few shots I was blown away at the clubs ability to loft the ball and land it on the green with minimal roll out.

Even my buddy was blown away after, on my third shot with xE1, I put the ball 3 feet from the cup. Kudos from one happy +23 handicap golfer.